Canada has a very large concentration of Indian students and jobseekers owed to the premium education facilities and career opportunities. Many Indian banks and money changers offer the facility to buy/sell Canadian currency. 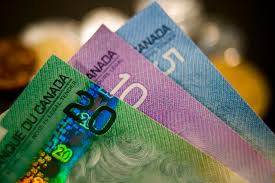 Indian Rupee can be converted to Canadian Dollars very easily. ExTravelMoney.com can help you locate the vendors in your region along with the exchange rate they offer for the conversion. This way you can find out the best exchange rate for conversion. Choose the vendor that you want and place the order with us. Our support team will contact you for confirming the order and then make the payments online. Upon request the vendor can deliver the forex to your location and pick up the KYC documents.

Canadian Dollar can be converted to Indian Rupee in Indian banks or money changers if you have leftover currency as cash or forex card. ExTravelMoney.com can help you find out the best exchange rates and vendors in your region for converting CAD to INR. Choose from the list of vendors and their exchange rates from our website and place your order with us. Complete the order with the help of our customer care executive and make the payment online. You can even request the vendor to pick up the forex and KYC documents from your location.

Send Money From India to Canada

Overseas transactions are often a required for students in Canada to receive money from India. Sending money abroad can often be complicated for the inexperienced. ExTravelMoney.com can help you simplify the process. Choose the right vendor you that has wire transfer in your region from our website. Place your order with us and complete the order with the help of our customer service executive. Make the payment online and let the bank process the transaction. The recipient will receive the payment in 3 days considering the difference in time zones.